Day Excursion to visit Taj Mahal in Agra from Delhi 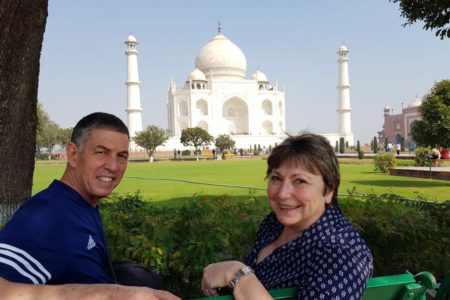 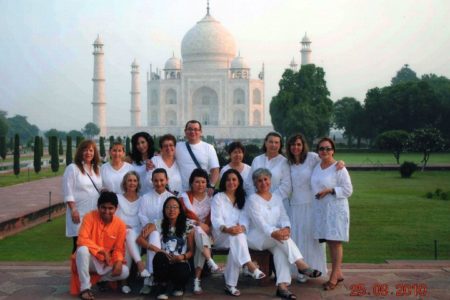 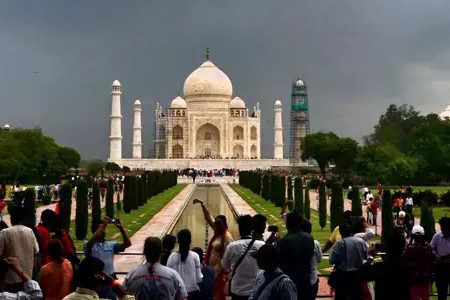 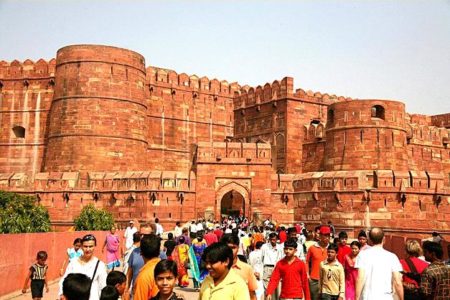 DAY EXCURSION TO VISIT TAJ MAHAL IN AGRA FROM DELHI.

This historical city is famous for being home to one of the Seven Wonders of the World – the Taj Mahal. The architectural splendour of the mausoleums, the fort and the palaces is a vivid remainder of the capital in the 16th and early 17th century. While its significance as a political centre ended with the transfer of the capital to Delhi in 1634, its architectural wealth has secured its place on the international map. The Taj Mahal Tour takes you thru the city of Agra is known for its superb inlay work on marble by craftsmen supposedly the descendants of those who worked under the Mughals on the Taj. The city is also famous for its carpets, gold thread embroidery and leather shoes. Agra was once the capital of the Mughal Empire and even today it seems to linger in the past. A Journey to India is not complete if you have not discovered Taj Mahal Tour.

The World Famous “TAJ MAHAL” is one of the most photographed tourist attractions in the world. The Taj Mahal was built by Emperor Shahjahan in the memory of his beloved wife Mumtaj Mahal and it is entirely made of white marble and its walls are decorated with exquisite pietra dura (stone inlay) work.

Near the gardens of the Taj Mahal stands the important 16th-century Mughal monument known as the Red Fort. This powerful fortress of red sandstone encompasses the imperial city of the Mughal rulers. It comprises many fairy-tale palaces, such as the Jahangir Palace and the Khas Mahal, built by Shah Jahan; audience halls, such as the Diwan-i-Khas; and two very beautiful mosques. After the visit, return back to Delhi by evening.

Thank You. Your booking have received and booking number is

Get a Free Quote

Just fill in the form here with all necessary details and we will provide you the perfect, tailor-made itinerary at the best possible prices, in no more than 24 hours.